skip to main | skip to sidebar

I sure hope I am doing this right!
Ohhh a wonderful giveaway... A HALLOWEEN POETRY BOOK!!!
Posted by Haunted Swamp Designs at 6:01 PM 2 comments:

Happy Holidays to All!!! 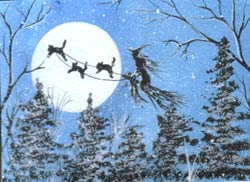 Whatever the name you give this season.....
I hope we all can see things in a positive way! Why not? It makes the world better for everyone around you!
So Seasons Greetings to all my friends, regardless of religious preference, we all can hope for a world of peace! Hope for a world where we all get along!
Posted by Haunted Swamp Designs at 5:00 PM 3 comments: 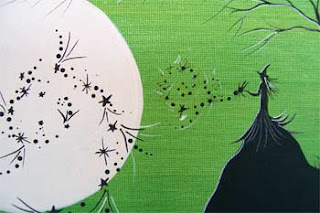 Ghost stories at Christmas, seems out of place or is it? We have enjoyed the classic, The Christmas Carol, and
Tim Burton's The Nightmare before Christmas? Remember the song "The Most Wonderful Time of the Year" made famous by singer Andy Williams? The song has a line, "There'll be scarey ghost stories and tales of the glories of Christmas long ago." In Celtic times, there were spirits ghost, and mystical beings that were associated with the fire festival.

The Winter Soltice, Alban Arthuan, or better known as Yuletime Season is a time of death and rebirth of Nature and our souls. It is said the Old Sun dies at dusk of December 21st. and when the Sun of the New Year is born at the dawn of December 22. The New Sun is thought to rejuvenate the aura of the Earth. It is like a mystical cleansing to the spirits and the souls of the dead.
Samhain is considered the most haunted time of the year in the Celtic calendar; Yule is the second. Haunting starts on December 6th to December 20th. The spirits are more active as they wait for the rebirth of the Sun’s powers.
This haunting is not the same as during Samhain, where the veil is thinned so that the dead can walk among us. The spirits of Yule are connected with the mystical and the psychic logic of the Solstice Season. However, one can be visited from their ancestors, relatives, spirit guides or their soul friends (anamchara).
A Yuletide story called the Sluagh-Sídehe of Brug na Bóinne. It translates people of the mound or barrow where the dead have been buried. All sídehe in the Celtic mythology and traditions are haunted. It is said that they are the gateway for the souls and spirits of the dead. It is also a gateway for living mortals so that they can pass back and forth to each world. On the other side the sídehe is the Otherworld or the Land of the Youth, the Isle of the Blessed. This is where the living soul continues the quest for wisdom. The people of the Sídhe are the Faeryfolk. They live forever beyond the sídhe in the ráths, which are submerged roundhouses or Faery fortresses, which are their magical castles in the Otherworld.
Posted by Haunted Swamp Designs at 5:06 PM 3 comments:

Take a minute and read this....think about these words, these are not my words but they do speak for me. They ring so true that they are humbling.
I have many friends of many faiths... seems they all can except others religions but are all so wary of one....
I have been more 'open' the last year or so, not all of it has been welcomed. Not all has been negative, but..... I am tired. It was just so much easier when 'others' had no clue, or maybe they did but held a blind eye to it. Many people can lend a blind eye....don't ask, don't know, just keep wondering........

As the saying goes, "it doesn't take a rocket scientist" to realize that, for many people, "passing" as Christian can significantly simplify their public life. And, although this deception may be offensive to the purist, it is generally not very difficult for the closet pagan to participate in most ostensibly Christian practices.
Posted by Haunted Swamp Designs at 1:18 PM 3 comments:

Well all my little Bloggers...with dropping temps and wind....I feel like Todo in Kansas....I sure hope the house don't land on me!!! Oh No!!!!!

I have been busy with some remodeling in our basement...hubby tears it up - I clean it up! But in the end it's gong to be great!

I have been eyeing a large concrete block wall down there....hmmm I think I am going to paint trees on it! More on that as I go. First things first... get the remodeling done! Then that wall is mine! All mine! I will take pictures as I go...but for now I have to wait. Heavy sigh......

I have been listing-listing-listing necklaces on Etsy! All types, all colors and all with FREE EARRINGS!
So if you have a minute please visit my Etsy store hauntedswampdesigns.etsy.com and take a peek. Let me know what you think...be honest! Please!

And...drum roll please!!!! Drummmdrumm drumdrumdrum....
My website is up! Still need tinkering with but it up and running with buttons to PayPal!!!! Hauntedswampdesigns.com
Posted by Haunted Swamp Designs at 1:23 PM 3 comments: 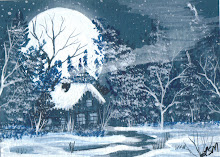 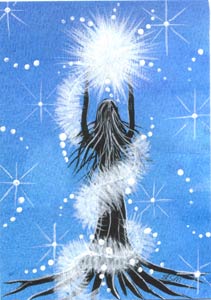 Come Visit me at Etsy! 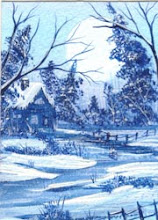 Haunted Swamp Designs
Welcome to Haunted Swamp Some of the nicest people I've met have been from selling my Art,gourds and jewelry! All of my work is created in my home studio in N. E. Ohio. Most of my art is painted with acrylic and watercolor, sometimes a mix of both. Inspired from all things Magical, Spooky, Haunting and Whimsical! From Haunted Places, Gourds, Fat Bottom or Sassy Cats to Monochromatic landscapes you never know what I may paint or create next! Also search SEHA - Society of Eclectic Halloween Artists and HA31 - A Gathering of Halloween Artists ...these are both wonderful groups of talented artists! Search These groups on Ebay to see what they are up to!